IF you needed one example to be convinced of Marcelo Bielsa’s managerial genius then consider Patrick Bamford’s transformation.

Up until this season, the striker’s Premier League stats read: Played 26 games, scored one goal.

That solitary strike came with Middlesbrough after three, goal-less loan spells in the top flight with Crystal Palace, Norwich and Burnley.

No one, not even Sean Dyche, considered the rangy forward from Grantham good enough for the big league.

No one, except Bielsa.

Under the Argentine, Bamford now has SIX Premier League goals in as many games and is just one behind division top-scorers Son Heung-Min and Dominic Calvert-Lewin.

His second-half hat-trick here was of the highest quality, displaying both technical ability and predatory instincts.

The 27-year-old’s first epitomised the latter as he gobbled up a loose ball while his second was a sweet hit into the top corner from just outside the box.

He completed his treble in fine style too, lifting it past Emiliano Martinez who had kept three clean sheets in his first four games and obliterating Villa’s 100 per cent start to the season.

Bielsa had shown faith in Bamford last season in the Championship, keeping him in the team when he was struggling to score and leaving loan star Eddie Nketiah on the bench.

Bamford is mobbed by team-mates after scoring the first[/caption]

Eventually Nketiah headed back to Arsenal where he featured heavily in their run to an FA Cup triumph.

It initially had some Leeds fans questioning Bielsa – but a Championship title soon silenced any doubters.

And after a stunning start to the season in the Premier League, the decision is looking well and truly vindicated.

Villa would have gone top of the table with just a point last night.

While a victory would have seen them win their first five games to a campaign for the first time in their 145-year history.

But Bamford’s one-man show after the break put paid to that as Leeds continued their own eye-catching start to the season.

He actually could have had more if he had been more clinical in the first 45, nodding wide with an early chance.

Leeds were missing their talisman Kalvin Phillips through injury and his absence was felt as his replacement Pascal Struijk struggled with Villa’s speed and trickery.

The Austrian picked up an early booking for a foul on Jack Grealish and after a few scares, Bielsa had seen enough and hauled him off on 21 minutes.

Villa would have gone ahead shortly after were it not for the quick-thinking of Luke Ayling.

Trezeguet had connected poorly with a cross but his effort fell to Grealish at the back post.

Villa’s captain fired a shot back goalwards and thought he had scored but replays proved fleet-footed Ayling had cleared the ball before it crossed the line.

Grealish was, as ever, Villa’s dangerman and was spitting feathers when both ref Paul Tierney and then VAR denied him a penalty when going down under Helder Costa’s challenge.

Leeds pressed on after the break and on 55 minutes were ahead as Martinez spilled Rodrigo’s shot and Bamford turned it home.

As they celebrated, one of the visiting players was heard reminding his team-mates “We keep playing our game, right” – a sentiment that gets to the heart of Bielsa’s philosophy.

The unshakeable faith that both he and his side have in their way of playing looks not only to be something will entertain all fans this season.

But it also looks like it will be a successful route to comfortable survival too. 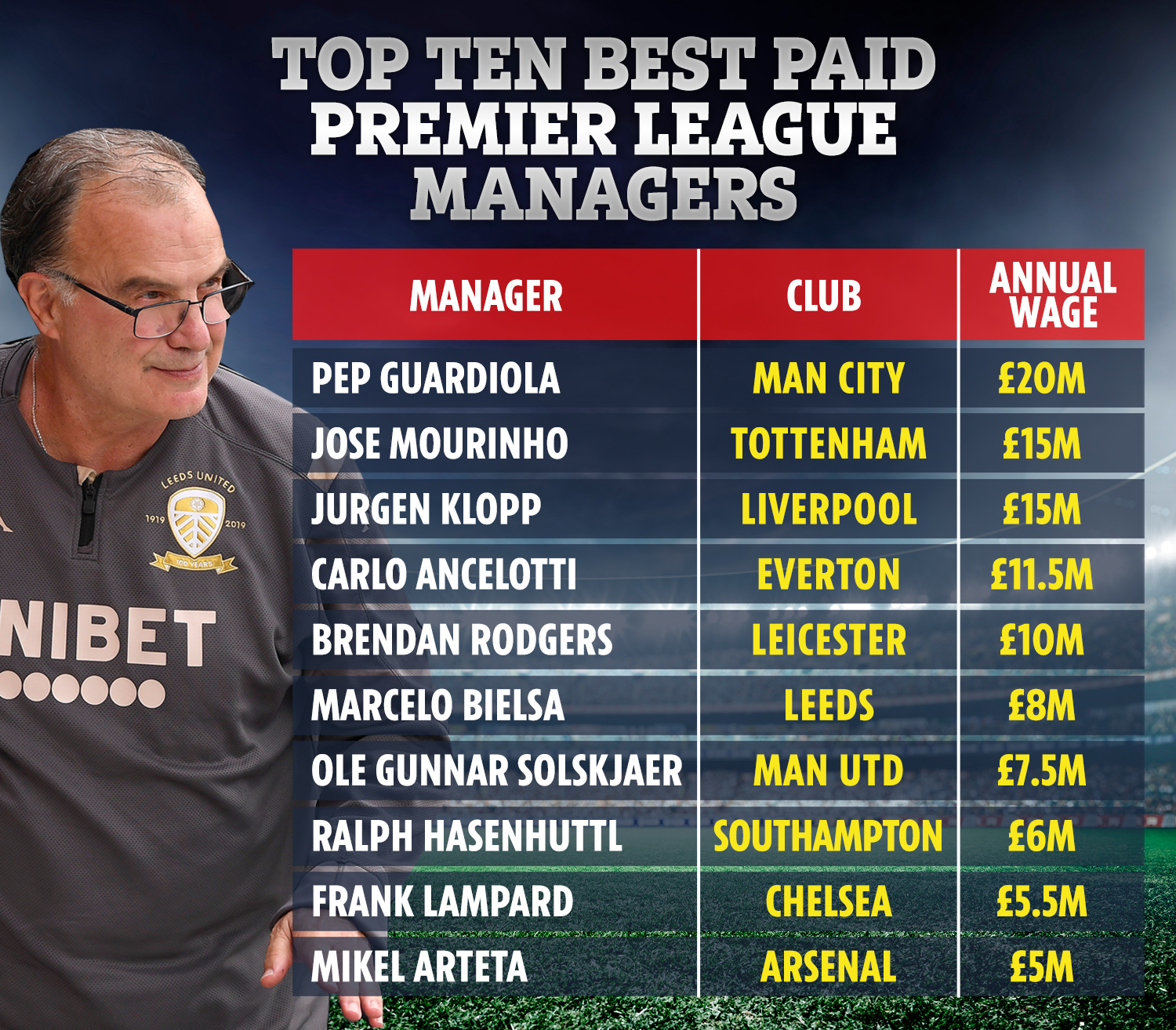 Bamford had his second 12 minutes later as he found the top corner from 22 yards in stunning style.

And the former Championship Player of the Year killed the contest completely with 16 minutes to play, finding the corner with a confident finish any top-level stiker would be proud of.

It left Villa wondering what had hit them after such a superb start to the campaign.

Boss Dean Smith will have to make sure it is just a reality check so as not to undo all the good work and good feeling from the season up until last night.

And given the quality, energy and work-rate of his squad, this setback is unlikely to derail them.

As for Leeds, they look like they could replicate the kind of first season in the top flight as Wolves managed a few years ago.

And in Bamford, they appear to have a reliable goal-scorer – something no one would have said before Bielsa arrived.

Some will wonder whether Bamford may turn out to be this year’s Teemu Pukki, who had an electric start to the season last year but tailed off badly as Norwich were relegated.

But given the thrilling stuff Leeds play and how integral Bamford is to it, that looks as likely as bucket-loving Bielsa watching a game from the dugout bench.