Matty Cash has left Nottingham Forest with all the well-wishes of a player that’s stolen the hearts of a fanbase all too familiar with some of England’s finest players down the years.

The 23-year-old who had no shortage of offers from around the Premier League, will move across the Midlands to Aston Villa in a deal worth up to £16 million. Dean Smith is keen to strengthen the squad that clinched Premier League survival on the final day of last season.

Villa were determined to land the services of Cash, who will add versatility, plenty of quality and more importantly the desire to improve and learn under head-coach Smith.

Smith believes he can continue to develop Cash in his newly-adopted full-back role.

“We are delighted to welcome Matty to Villa,” Smith told VillaTV.

“We believe we have secured one of England’s brightest young prospects.

Nigel Doughty Academy product Cash will leave the City Ground on the back of a fine season which saw him crowned the club’s player of the year – joining illustrious company of former winners, Stuart Pearce, Kenny Burns, and Peter Shilton.

The club’s height of success in the late 70’s and early 80’s when Forest ruled over Europe for two successive years have long been buried in the past, having toiled with lower league football for quite some time away from England’s top-flight.

Under Sabri Lamouchi last season, Forest came within touching distance of the play-offs – that however, a disappointing ending to a season that had promised so much for a club who had been in League One more recently than the Premier League.

Despite their late season capitulation, Cash played a crucial role in Lamouchi’s side last term. Interest swiftly came from Sheffield United, West Ham United and even AC Milan towards the back end of last season.

Forest fans as well as general on-lookers viewed Cash as one of the most promising youngsters in the Championship for a few years. His high-energy performances throughout his four year stay at the City Ground makes him a very useful asset across several positions.

And after becoming Villa’s first signing of the summer, Cash couldn’t hold back his delight at penning a deal at Villa Park.

“My agent rang me and said that Villa were interested, and immediately it was the place I wanted to come to,” Cash revealed to VillaTV.

“I said, ‘don’t even worry about anywhere else, I want to come here and play’.

“It’s such a big football club, from the fanbase to the stadium. Every time I played at Villa Park before it just sold itself to me.

“It’s a very proud moment for me and my family, and I can’t wait to get started. Playing for such a big club is going to be brilliant.”

Cash joined Forest in 2014, but not until Lamouchi was appointed had the academy graduate been deployed as a right back on a consistent basis. Converted from a midfielder, his skill-set is vast and suits the modern full-back role he’s grown into.

His enthusiasm, determination and versatility brands him the correct profile of player to succeed in the top-flight which seems even more likely given his ‘every manager’s dream’ tag.

Cash may not be a household name – unlike Kieran Trippier who Villa had been linked with in recent weeks – but he fits Villa’s strategy of recruiting the players with a desired player profile which is nowadays more important than ever for Smith, who is keen to embrace a new culture at Bodymoor Heath.

Cash had previously stated that he was willing to play in every position for Forest. Sacrificing his preferred attack-minded midfield role to fill in for injury stricken Carl Jenkinson and Tendayi Darikwa speaks volumes of his attitude, contributing to the team and trusting the manager’s selection.

He took to his advanced right back role like a duck to water, improving leaps and bounds through an arduous Championship campaign. With limited time on the training pitch and more time travelling to Blackburn, Barnsley and Brentford, his improvement across several positions is very impressive.

Forest had no shortage of right-backs even before the Championship season was suspended due to Coronavirus, but Cash was never going to be dislodged, such was the level of his performances.

His extended run under Lamouchi came as no coincidence to injuries – he was experiencing the best form of his career yet. 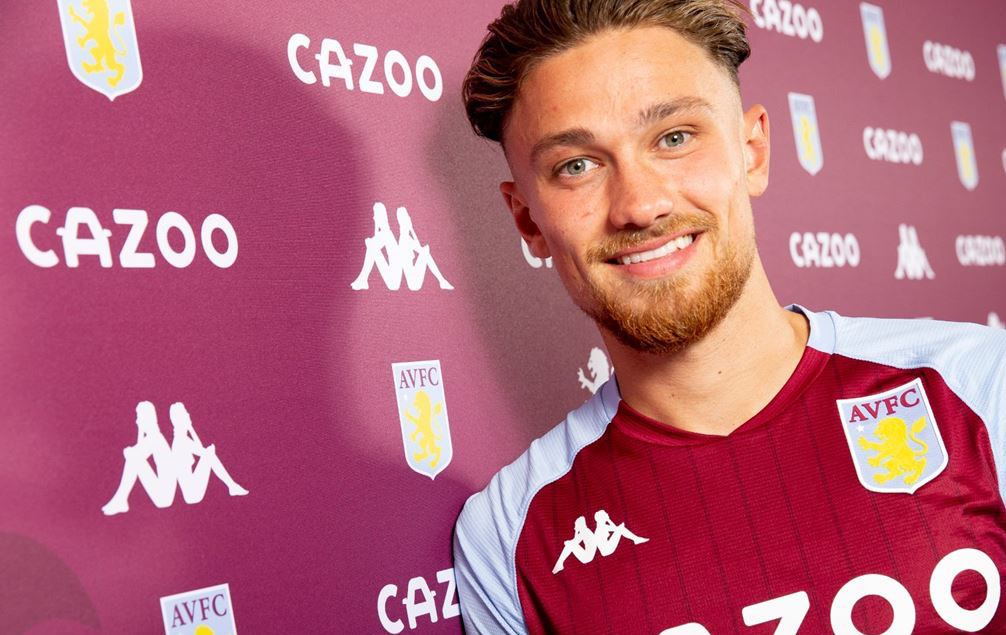 Having been released by Wycombe as a youngster, Cash emerged from the FAB football academy in Bisham before signing a three-year deal at Nottingham Forest.

After working through the Nigel Doughty Academy at Forest, Cash joined then-League Two side Dagenham and Redbridge, making 12 appearances and scoring three goals, including a 30-yard strike against Hartlepool United after making his professional debut the week before.

Forest were impressed by Cash’s performances while out on-loan. So much so they handed him a debut on the opening day of the 2016-17 Championship campaign in a 4-3 over Burton Albion. A day later, Cash signed a new three-year deal with Forest to keep him at the club until 2019.

Speculation would soon grow about his promising future, with interest particularly strong in Europe. 2016 would turn out to be the breakthrough year for Cash who featured 30 times for the Reds only a year after plying his trade on-loan in League Two.

Former Forest defender Kenny Burns – who won the First Division title and two European Cups with the club – said that some of Cash’s performances that season put some of the more experienced Forest players ‘to shame’.

Still learning his position, Cash is keen and willing to improve in order to not only play his part for Villa next season, but improve them in ways not so obvious as first thought. John Terry will endeavour to sharpen his defensive game, while adapting to the pace and intensity for the Premier League will come with more game-time under his belt.

An enthusiastic individual on the training pitch also, Cash could’ve kicked up a fuss when Lamouchi – new to the Championship managing game – ordered him to step into the full-back role, away from his preferred role, one he’d been developing in for numerous years. Though his response was a breath of fresh air.

Taking on the responsibility for the team, flourishing in a position where he can still break the lines, attack and defend with versatility – eye-catching performances last season weren’t few and far between, in fact quite the opposite.

His work-rate will likely go unmatched throughout the 90 minutes. He epitomises the ‘modern full-back’ role with an appetite to influence the game from his deeper-lying position.

Rarely will you hear a bad word said about Cash, his temperament, attitude and focus is testament to his character, and his overall game is all the better for it. He formed an effective, formidable link with Joe Lolley down the right flank last season in the Championship. Marauding runs are a key part to his game, and while his crossing is improving all the time, he even chipped in with the odd goal as Forest targeted promotion last season.

Scoring at the Holte End as Villa and Forest played out one of the games of the season in the 2018-19 campaign that saw Smith’s side seal Premier League promotion through the play-offs, is hopefully a sign of things to come for Cash, who netted 12 goals over the last two seasons.

His athletic efficiencies will help him adapt to the top-flight. Cash holds all the attributes to be a success, and with the opportunities Smith will hand him, he’ll more than likely take them too having earned the chance of making it in the Premier League. 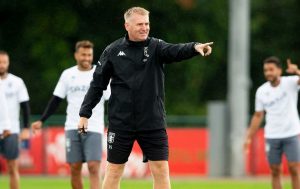 Smith was keen to secure his man after reportedly making four bids and after lengthy negotiations, Forest’s valuation seems fair. Cash is a quick learner having adapted to his new position very quickly, and in general, playing Championship football for four seasons under several different managers.

Smith wants results on the pitch, but equally, he wants to develop his players like at Walsall and Brentford. Cash suits his desirable profile being a player capable of improving season after season.

For every crunching tackle and bruising battle, surprisingly, despite Cash’s all-action game, he has rarely suffered injuries that have ruled him out of significant periods of a Championship campaign – with the exception of a tibia injury at Villa Park in 2016.

When Cash returned to action three months later, he was soon linked with moves to then-Premier League leaders Chelsea and Bundesliga side RB Leipzig. Having remained at Forest upon the closure of the January 2017 transfer window, Cash signed a new contract amid reports linking him away from the City Ground for a £6million fee.

Linked to the European elite

Antonio Conte was reportedly keen to link up with Cash for his athletic game that suited the right-wing-back role Victor Moses was operating when Chelsea reverted to a wing-back system. That tactical tweak ultimately proved to be a major reason why Conte lifted the Premier League title that year.

Leipzig, also chasing Cash were willing to part with a similar fee to that of Chelsea’s but eventually recruited from RB Salzburg, a typical transaction made in Europe football. Konrad Laimer, whose game is certainly more advanced, though similar in style to Cash, has become a key member of the Leipzig squad that reached the Champions League semi-finals last season.

23-year-old Cash was more recently linked with Sheffield United and West Ham in the Premier League after a stellar two years at Forest. Cash has played under nine different managers at Forest, and while Lamouchi has been the key to his developed game, Martin O’Neill sung his praises higher than most.

The former Villa boss even inherited an unexpected family tie with Cash – after previously signing his dad, Stuart, for Wycombe. Stuart Cash was a left back with a cultured left foot, but after competing with Stuart Pearce for the left-back position, he made a permanent switch to Adams Park.

O’Neill, when at Forest, revealed that Matty Cash has asked him for his views on his dad and what he was like as a player.

“Matty – and I am sure his dad would not mind me saying this – is more about his athleticism. Not that Stuart was slow – but Matty is more athletic,” O’Neill said.

“Eventually, when his career finishes, I am sure Stuart would not mind if Matty can look back and say that he has had an even better career.”

Cash wasn’t short of praise from key figures at his former club, from when he broke into the first team as a 19-year-old, to now, leaving the City Ground for good.

Forest Academy manager Gary Brazil bid an emotional farewell to Matty Cash on Twitter, ahead of the defender’s move to Villa.

“Mixture of emotions for the Academy today,” he said.

“Excited for and proud of Matty’s progress throughout his time at the Club. Saddened to lose a lovely human being and someone who has been a wonderful ambassador and embodies everything strong in our Academy.

“All the very best Cashy.”

Villa’s first signing of the 2020 summer window might be later than expected, but securing the services of Cash will turn out to be one worth waiting for. He joins Villa with all the hallmarks of a player capable of becoming a fan favourite for years to come.