Alex Bruce has blasted referee Michael Oliver for his role after Sheffield United were controversially not awarded a goal against Aston Villa on Wednesday.

The former Premier League defender, speaking exclusively to Football Insider assistant editor Russell Edge, has questioned what the officials were doing after Villa keeper Orjan Nyland appeared to carry the ball over the goalline.

The controversial incident has been put down to a failure of the goalline technology, with Hawk-Eye Innovations – the company behind the system used in the Premier League – issuing a statement shortly after the game finished 0-0.

However, Bruce has pointed the finger of blame at the officials on the pitch and questioned how they managed to miss the fact the ball had crossed the line.

Bruce told Football Insider: “Well, I know for a fact that the technology is there to help the referees, there’s no doubt about it, but what’s Michael Oliver’s job on the pitch?

“Surely he should see it, whoever was in the ground could see the ball clearly hit the net, it was clear to see and I just can’t understand why Michael Oliver wasn’t in a position to do a referee’s job like a referee used to do without all the technology.

“Surely you shouldn’t be reliant on a watch bleeping or a bit of goalline technology, just in case there was a mishap – you should still be concentrating enough to see that the ball was over the line.

“I know Dermot Gallagher came out and said you can’t blame referees, it’s the goalline technology’s fault but it’s a bit of technology that didn’t work. I think the referee has to do a job and that could give some points to Aston Villa and it could stop Sheffield United from finishing in the top four.” 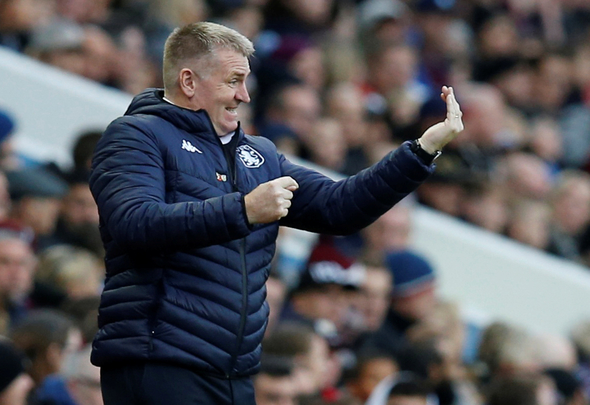 The point earned from Wednesday’s draw means that Villa still sit 19th in the Premier League table, one point off safety with nine games left to play.

Sheffield United meanwhile have moved up to sixth, one point ahead of Wolves and one behind Manchester United.