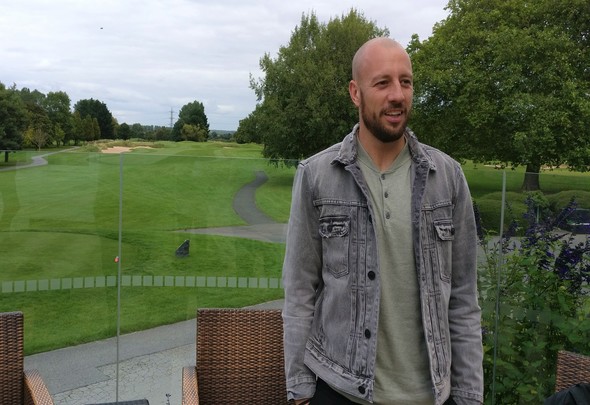 Alan Hutton has revealed that the Aston Villa squad are “buzzing” to be back in training despite the social distancing guidelines in place.

Speaking exclusively to Football Insider assistant editor Russell Edge, the former Villa star has lifted the lid on how his old teammates are loving being back at Bodymoor Heath.

With the Premier League setting out rules and regulations for a return to training, as well as introducing Coronavirus testing among the entire league, Dean Smith’s men stepped back out onto the grass last week.

With social distancing in place at Bodymoor Heath…

Hutton told Football Insider“I mean they’re buzzing to be back. It’s been such a long time, it’s been months now, they’ve been on their own and we’ve said before there’s only so much you can do on your own.

“To be back on the training pitch with the manager and John Terry doing drills, short, sharp drills, I think they’ve been doing a lot to keep their fitness up, I think they’re all very happy.

“They’re looking to move on to the next stage, obviously the health being the priority. They’re doing a lot of testing and making sure everyone’s alright so hopefully with that being they’re going to move forward next week with some contact.

“Their fitness is coming on, by all accounts they’re working very hard, they’re doing a lot of fitness stuff so when the games do come back around they’re capable of competing.”

Villa currently sit 19th in the Premier League table with 10 games left to play, one more than their relegation rivals.

They are just two points behind Watford, West Ham and Bournemouth and four adrift of Brighton in 15th.

In other Aston Villa news, Darren Bent has told a player he really likes to sign for a Midlands rival.