Kevin Phillips insisted John McGinn “had to start” for Aston Villa tonight against Sheffield United and tipped him to be like a new signing during the relegation battle.

The former Claret and Blue, speaking exclusively to Football Insider correspondent Dylan Childs, claimed three points tonight would be a huge psychological boost for Villa given that it would lift them out of the bottom three.

The Scotland international has not featured since he fractured his ankle shortly before Christmas. 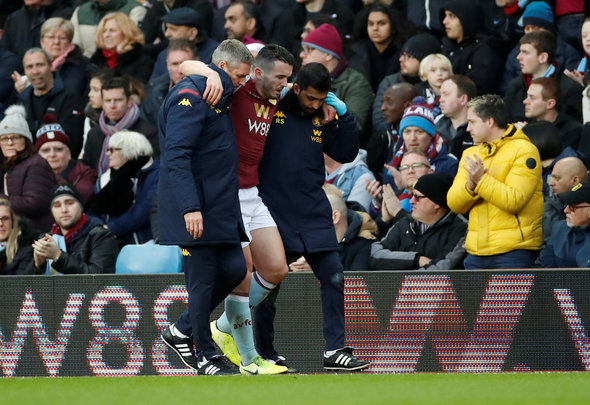 When by Football Insider for his reaction to McGinn starting, Phillips said: “Villa cannot afford not to start him in this situation.

“It is a massive game for Aston Villa tonight.

“If they win the game they are out of the bottom three and psychologically they look at the table and you feel so much more positive. I have been there before.

“In John McGinn they have one of their most influential players. He had to start tonight.

“If he’s been training for the past three or four weeks then he’ll be fit. He will be rusty but nobody will be match fit.

“But he will have more enthusiasm than everyone else because he has not played for a long time. It will be like a new signing for Dean Smith.

Here is your Aston Villa team to face Sheffield United! ????

“If John McGinn puts in a Man of the Match performance tonight and they win – then think about Sunday. Possibly rest him. But Dean will not be thinking about that.”