Paul Robinson has hailed Jack Grealish and John McGinn and claimed Aston Villa will only avoid relegation if the duo shine.

The former England number one, speaking exclusively to Football Insider correspondent Dylan Childs, suggested that Dean Smith had missed the duo’s instinctive relationship while McGinn, 25, has been injured.

McGinn started Villa’s first two matches of the restart, a goalless draw against Sheffield United and a 2-1 loss to Chelsea, despite having been sidelined since Christmas with a fractured ankle. 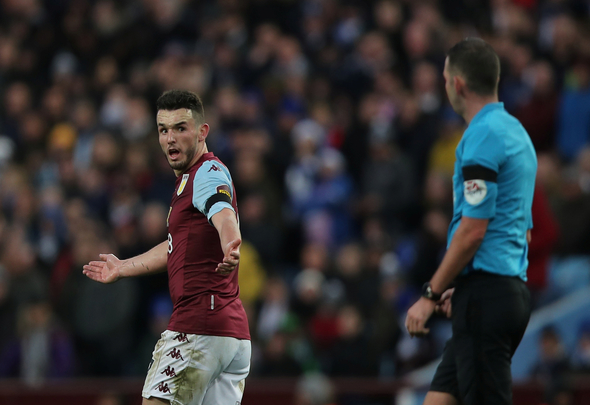 The Scotland midfielder was so affective in combination with Grealish earlier in the season and in the Championship last year.

Robinson suggested that pressure is on the two to save Villa from a precarious position.

“It is good for him to get minutes under his belt and if they are to survive, him and Grealish will be very important come the end of the season.

“They play well together and they dovetail very well.

“They have really missed McGinn while he’s been out and if they have any hope of surviving those two will be crucial.

“Grealish has an outstanding touch and every that Villa do seems to go through him. We have seen how much they struggled without him.

“To have those two back together gives them a chance.”

McGinn has scored three and assisted two in his 20 Premier League appearances this season.

Grealish, who has been touted for a move to Manchester United this summer, has scored nine goals and contribute eight assists in his 33 appearances across all competitions.