Noel Whelan has claimed it is a “huge blow” to Aston Villa that Tom Heaton will miss the remainder of the season.

The former Leeds United and Coventry City striker, speaking exclusively to Football Insider correspondent Dylan Childs, insisted the next few games are “humungous” for Dean Smith’s side as they try to climb out of the relegation zone.

The 34-year-old revealed to Sky Sports last week that he will not be fit for the remaining 10 games of the campaign which recommence on 17 June.

Villa’s number one was ruled out for the season after he suffered knee ligament damage on his victorious return to Turf Moor on New Year’s Day.

With the Premier League postponed since mid-March amid the coronavirus pandemic, there was hopes that Heaton could make a return when the season resumed in late June.

When asked by Football Insider if the absence of the England international puts a dent in Villa’s survival hopes, Whelan said: “It is a huge blow.

“We talk about crucial players and the predicament Villa are in, they need him between the sticks.

“A very good goalkeeper and an England international goalkeeper. Losing that kind of experience and quality is massive.

“They are at a really crucial stage in this season now and these games are humungous for them.” 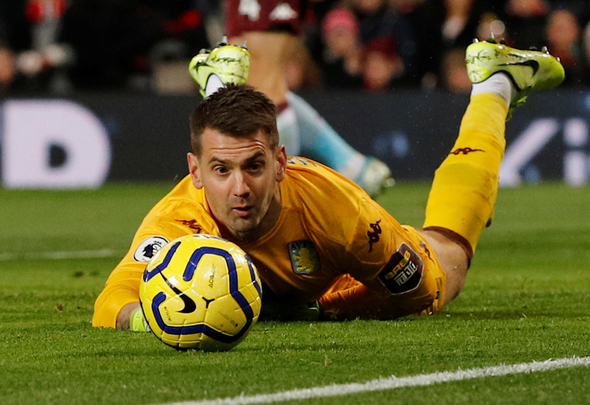 Heaton said, as quoted by the Daily Mail: “In reality, it’s going to be a big ask to get back in terms of this season.

“But I’m certainly hopeful to be ready to roll by the time the season kicks off next season, whenever that is going to be.”

In other Aston Villa news, Noel Whelan has told Football Insider he is “sick and tired” of the club’s “whinging” after Tyron Mings’s comments.