Dean Smith has pulled the plug on selling Aston Villa defender Bjorn Engels in this window, Football Insider can reveal.

The Villa manager had decided to allow the centre-back to leave – either on loan or permanently – earlier in the summer.

A Villa source has told Football Insider that Smith has made a U-turn and changed his mind on letting Engels, 26, go.

He is keen to maintain competition for places in the backline of the Midlands giants as well as have back-up amid what is an intense fixture list in the shortened season.

The Belgian centre-back has slipped down the pecking order at Villa Park after initially being a regular when he signed in the summer of 2019.

The £7m capture from French club Stade Reims was deployed as Tyrone Mings’ partner in the first half of the campaign and started 15 Premier League matches before the March lockdown.

But Engels did not make a single matchday squad after the June restart and it has been the same story in the new campaign.

The writing appeared to be on the wall when he was omitted from the matchday 18 as Dean Smith rested some of the senior stars for the League Cup defeat to Stoke City last night.

But the manager plans to bring Engels back into the fold and to compete with Mings, Ezri Konsa and Kortney Hause and for a place in the team. 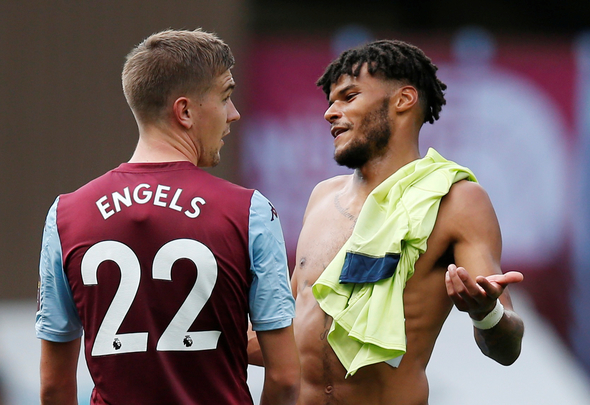 Villa have been one of the biggest spenders in the Premier League this window outside of mega-spending Chelsea.

Dean Smith’s side have followed up their massive 2019 overhaul with the captures of Bertrand Traore, Emiliano Martinez, Ben Chrisene, Matty Cash and Ollie Watkins at a cost of over £80million as well as the marquee loan capture of Ross Barkley from Chelsea.

In other news, an agent has been given a mandate to sell goalscoring midfielder to Aston Villa.