MANCHESTER UNITED face Aston Villa in a Premier League clash which has implications at both ends of the table.

After a terrific run of form, the Red Devils are closing in on the top four and were superb going forward as they thrashed relegation-threatened Bournemouth 5-2.

Villa are in a similar predicament and are still marooned in the bottom three after failing to win any of their matches since the top-flight resumed.

Dean Smith’s side are in desperate need of points but haven’t beaten United on home soil since 1999.

When is Villa vs Man Utd?

Which TV channel and live stream can I watch it on? 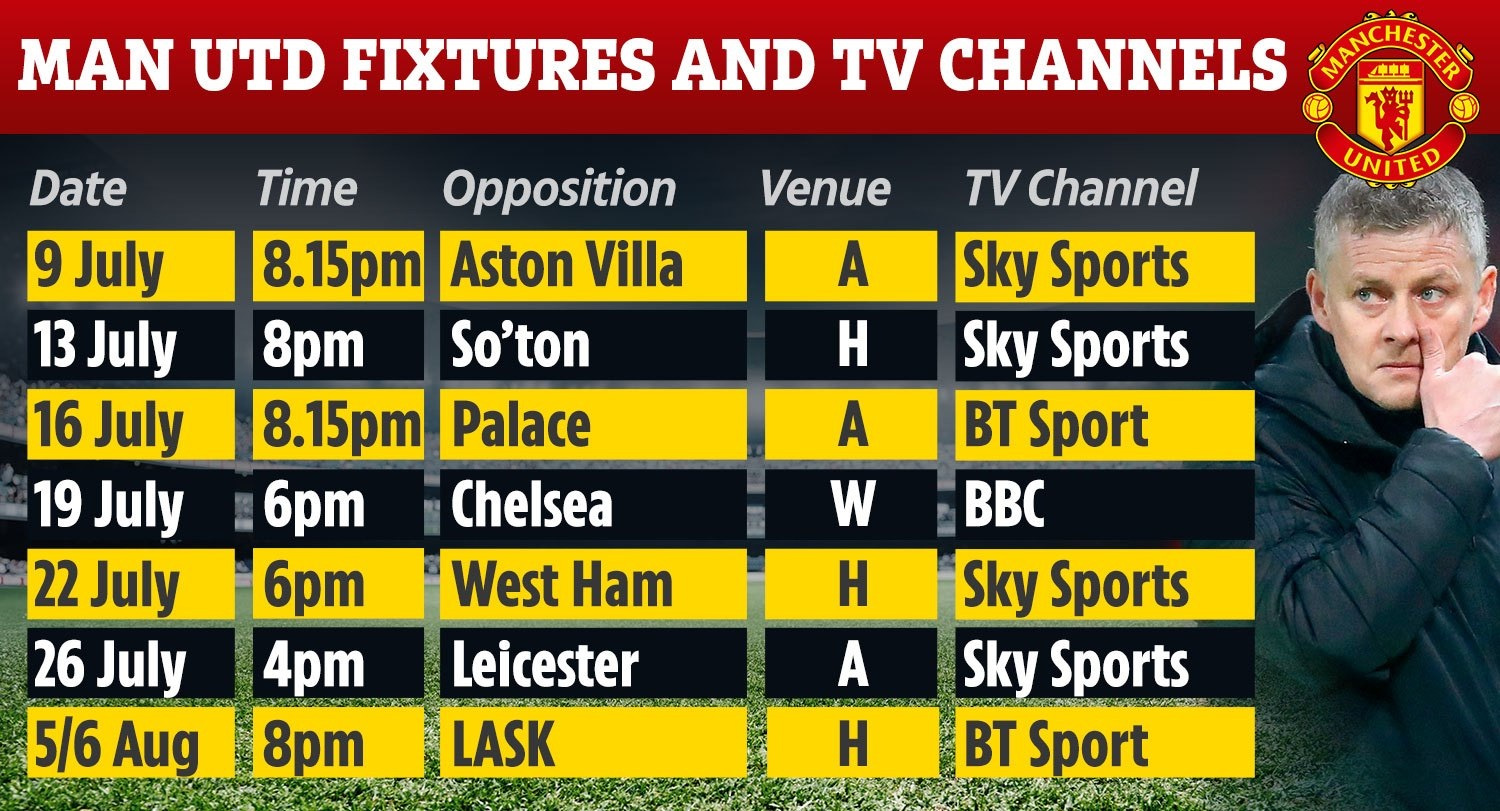 Both Tyrone Mings and Jack Grealish have passed late fitness tests and will be fit to feature.

Tom Heaton and Wesley remain out though, with Matt Targett also in the treatment room.

Phil Jones looks set to miss the remainder of the season, while Victor Lindelof is a major doubt in the heart of defence.

United otherwise have no major injury issues but may rotate heavily again with such a packed fixture list.