Darren Bent has tipped Aston Villa to sign a new centre-forward after Mbwana Samatta was sold to Fenerbahce.

Villa confirmed last week that the Tanzania international, who was signed by the club back in January, had left the club to join Turkish giants Fenerbahce.

The hitman’s exit means that Smith has just Watkins and 22-year-old Keinan Davis as his senior natural centre-forward options, with Wesley Moraes still ruled out through injury.

Bent has compared Watkins’ situation to his own move to Villa Park and insists that there cannot be too much pressure put on the 24-year-old’s shoulders.

Bent told Football Insider: “They’ve signed Wesley, he’s not really cut it, Davis has played but not really, Samatta has gone so I think Watkins is the player who can get that sorted but they need strength in depth.

“They can’t necessarily rely on Ollie Watkins all season because he will go through a dry patch, everyone does. They need to bring someone in because it’s weird, it’s a similar situation to me.

“A record fee at Aston Villa, main man coming in, expected to score the goals. I came in when Villa were struggling in January and I was expected to hit the ground running. At a big club like that, it can be difficult. 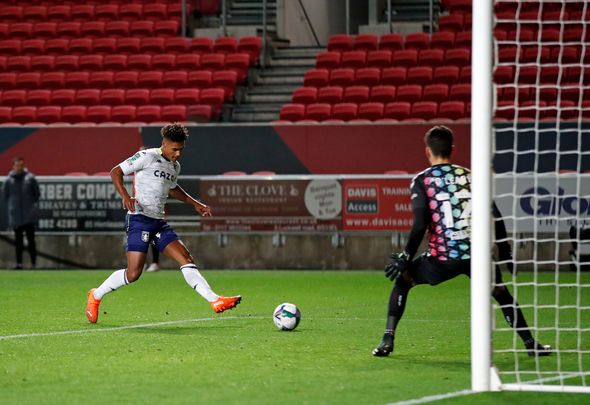 “For me, he’s scored a goal already in the cup, he wants that first Premier League goal but I do think if they can bring in someone else, just as cover to help him out, that will take a little bit of the pressure off him.