Aston Villa head coach Dean Smith has urged his players to prove their detractors wrong and avoid relegation from the Premier League.

Villa are currently 18th in the table and lie three points behind 17th-placed Watford with just two matches remaining, with both sides playing their penultimate games on Tuesday.

Watford’s game against Manchester City will be over by the time Villa kick-off against Arsenal – live on Sky Sports – and Smith’s side will have to match the Hornets’ result to give themselves a chance of staying up on the final day. 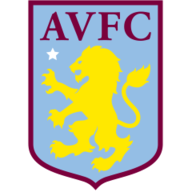 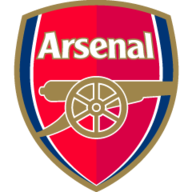 A Villa vs Arsenal

Villa have been battling relegation for much of the season despite investing heavily in their squad last summer, and Smith says he has even resorted to using pundits’ negative comments to motivate his players.

He said: “I think there’s been pressure on us ever since we came back for Project Restart. I think everybody has had us relegated since March. Our job is to go and prove people wrong. These players have played under pressure and they seem to thrive on it.

“I feel that our performance levels have been good since Project Restart but we haven’t got the points we deserve. That’s been pretty much down to the final third of the pitch.

“I feel that players are coming to the fore now at the top end of the pitch and starting to perform a lot better than they were.

“I’ve given them a few quotes from pundits. The lads can go and use that as a positive.

“I’ve always said my drive has always been to prove people wrong. You’ll always have people who want to put you down and aren’t happy to see people’s success.”

‘We haven’t got what we’ve deserved’

Villa have won just once since the Premier League restarted in June and had a second victory snatched from their hands at Everton last week despite outperforming their hosts.

Smith believes his side have not earned the points their performances have deserved this season, and also feels they have been hit hard by injuries to key players.

He said: “It’s frustrating because I believe we’ve got the players here. We’ve been hampered by some big injuries this season to key players; Tom Heaton, Wesley, John McGinn. They would hamper any team in the league.

“We’ve had players that have actually grown in stature as the season’s gone on. But it’s frustrating we haven’t got the points already that we believe we should have. But we have to go and do something about that now.”

Swans to Glide into play-off spot?

Do not miss your chance to land the £250,000 for a sixth time this season on Saturday. Play for free, entries by 3pm.