Alan Hutton claims that Aston Villa star Jack Grealish will be “desperate” for minutes after his first call up to the England squad.

It was confirmed on Monday that Grealish had been included among the England squad for their upcoming games against Iceland and Denmark after Harry Winks and Marcus Rashford withdrew.

Our captain has been called up to the England squad for the first time!

Hutton, who saw Grealish come through the youth ranks during his time at Villa Park, has given his first-hand verdict on the playmaker and insists it is up to him to prove his worth on the international stage.

Hutton told Football Insider: “I felt for him because he was told last year by Southgate that he needed more experience in the Premier League which is fair enough, I understand that comment, he probably did need to be tested at a higher level.

“It was there for everybody to see how good a season he had, how much he contributed to everything that Villa did going forward and in defence.

“He proved he can play in multiple positions and I’m just glad that – yes it’s because of call-offs – he’s in that squad and he can show everybody how good he can be. 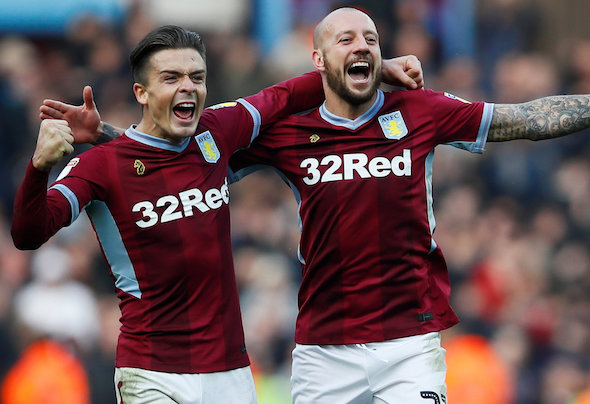 “It’s all about him now. I know he doesn’t get nervous about things like this, he kind of takes it all in his stride and I’m sure he’s desperate for minutes on the pitch so he can show everyone what he’s capable of.”