Ross Barkley has made up his mind to fight for his Chelsea place in a big blow to suitors including Leeds United and Aston Villa, Football Insider understands.

Th England international has been on the radar of a number of top Premier League clubs going into the final week of the window.

A recruitment source has told Football Insider that Barkley has told the Chelsea hierarchy he does not want to leave and will instead try to nail down a regular place in the starting XI.

That is a blow to the likes of Leeds and Villa, who had shortlisted Barkley as a loan target ahead of the 5 October cut-off.

They had been encouraged about his potential availability as Chelsea look to lower their wage bill after an enormous summer recruitment drive.

Frank Lampard spoke in the aftermath of Saturday’s 3-3 draw against West Brom of the need to offload senior players in a squad that has grown too bloated.

As revealed by Football Insider, Chelsea have mooted including Barkley in part-exchange as part of a mammoth bid for Declan Rice.

But the attacking midfielder, who is valued at around the £30million mark, wants to prove he can make it at Chelsea two-and-a-half years after his arrival from Everton.

But he is not a regular starter in the Premier League and has made just two sub appearances in their three matches in the competition this season. 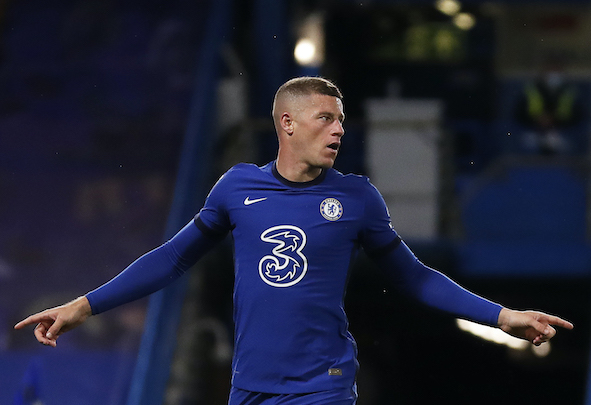 Leeds are keen to recruit a playmaker who can take over the creative mantle from Pablo Hernandez, who turned 35 in April.

Villa also want a string-puller who can takes some of the pressure off skipper Jack Grealish.

In other news, there has been a huge new update on the Leeds United pursuit of Todd Cantwell.