MANCHESTER UNITED face Aston Villa in a friendly on a day when their rivals return to Premier League action.

Because of their European exertions, United have been given a 30-day break between seasons.

Villa, on the other hand, were set to play Man City who are also on their 30-day break.

When is Man Utd vs Aston Villa?

What TV channel and live stream is Man Utd vs Aston Villa on? 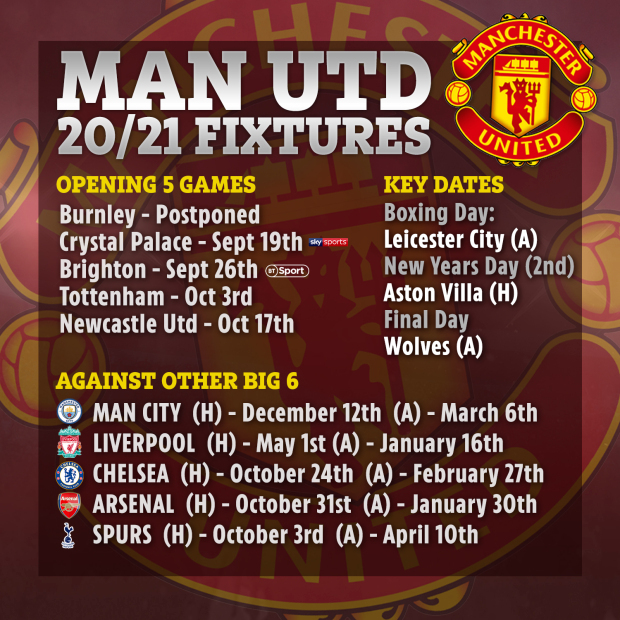 Ole Gunnar Solskjaer will have one final time to run the rule over his squad before their season starts.

United take on Crystal Palace next weekend on September 19 for their first match of the season.

Villa’s first competitive game of the season will be the Carabao Cup second round tie at Burton this Tuesday night, September 15.

Donny van de Beek could be seen in a United shirt for the first time.

The Dutchman completed his £40m move from Ajax last week.

However, forward Mason Greenwood is expected to play no part in Old Trafford friendly.

Most read in Sport

QUIZ OF THE DAY

TOP OF THE FLOPS

His England dream turned into a nightmare last week after he was axed from the squad for ‘inviting girls back to the hotel’ in Iceland alongside City’s Phil Foden, breaking coronavirus rules.

The 18-year-old has been training alone at United’ Carrington Complex.