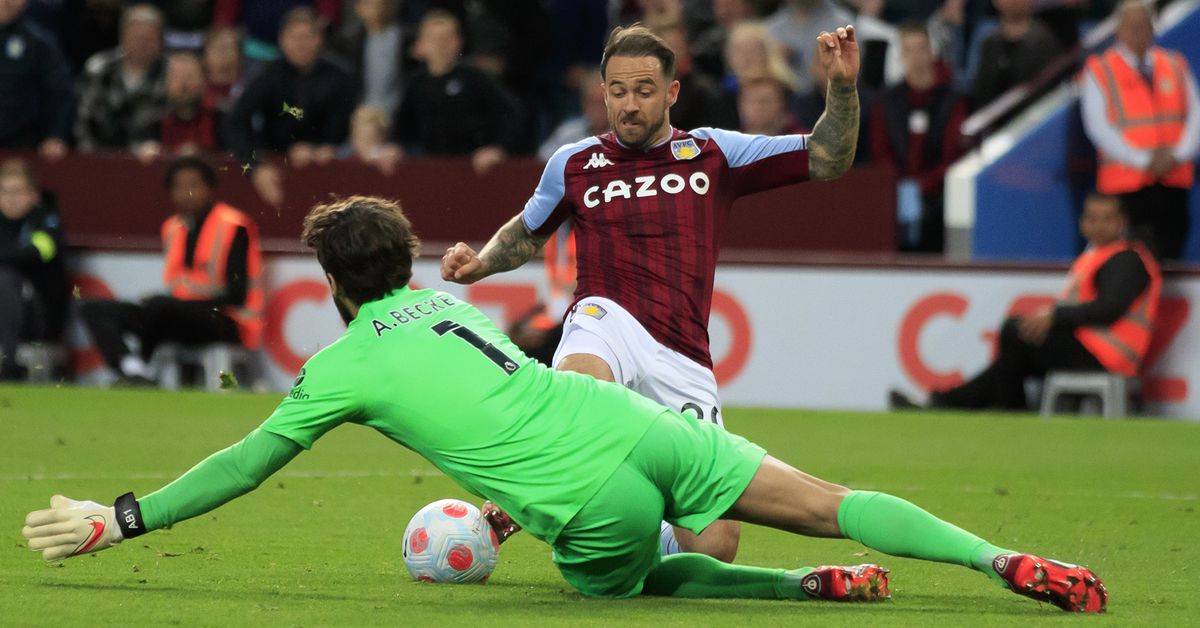 A quieter than expected evening for the Argentine in goal, with only four saves to make throughout the entirety of the match against a strong Liverpool side. Hard to really blame Martinez for either of Liverpool’s goals and I believe that it’s fair to say that is teammates let him down more than anything on both passages of play.

The right-back was an active option down the right side of the pitch, often serving as an outlet to push Villa onwards and did well to handle the likes of Konstantinos Tsimikas from a defensive point of view as well.

The center-back definitely wasn’t back to his best on Tuesday evening, but he did put in a number of key tackles and made some important interceptions when it mattered most.

Was at fault for Joel Matip’s equalizer in the early stages of the match and was rather fortunate a few times after, with Liverpool failing to hit the Villa goal on a number of occasions.

Put in the cross in which eventually led to Douglas Luiz’s goal in the opening moments of the match and was an active threat against Liverpool. Great to see the Frenchman put in a strong performance against a top side and also handle plenty of defensive pressure from the likes of Luis Diaz.

In his first game back since picking up an injury against Liverpool back in December, the defensive midfielder was a key reason as to why Villa were able to cope with numerous attacks, with several key tackles being made throughout his time on the pitch. You could tell that Nakamba was fairly rusty at times as a number of passes went astray, but that is to be expected given the length of time on the injury table.

The Scotsman was physical in the tackle on Tuesday evening, battling it out with the likes of Fabinho and Naby Keita on a number of occasions. Would have liked to see McGinn get a little more involved in Villa’s attacking efforts, but it’s always going to be a tall task against one of the best sides in the world.

Grabbing his second goal of the season in what would be his 100th Premier League appearance, the midfielder had a few quality moments when on the ball and wasn’t afraid to get involved in the attack either. A big shame that Steven Gerrard chose to replace Marvelous Nakamba with Carney Chukwuemeka as it forced Luiz to revert back to the number six role, which limited any impact he would have on the rest of the match.

Looking to produce the goods against his former club, the attacking midfielder had a few moments of quality when on the ball, but failed to make those efforts count, with his most memorable moment being when he blazed it over the Liverpool goal. Was hoping for a bit more from the former Liverpool man.

Looking to add to his points tally after Saturday’s victory over Burnley, the striker was often wasteful when given a scoring opportunity as he put a headed effort over the Liverpool goal from under 10 yards out and failed to maintain composure when one-on-one with Alisson in the second half. On the other side of the ball, was pleased with Ings’ defensive presence, with the Englishman often dropping back to cope with Liverpool’s attacking efforts.

The striker gave Liverpool plenty of problems on the night, often grabbing the attention of both center-backs in which provided space for the likes of Lucas Digne and Matty Cash to deliver a number of quality balls into the middle of the opposition box. On another day, Watkins could have had at least two goals of his own, being denied by Alisson in the first half and nearly being one-on-one with the Brazilian if it wasn’t for an excellent challenge made by Tsimikas.

Replaced Marvelous Nakamba and wasn’t able to get too many opportunities on the ball, but tried to make the most of his opportunities when possible. Wouldn’t mind seeing the young Villan get a start before the end of the season in order to get a better sense of what he can truly offer.

Replaced Philippe Coutinho and looked to add a spark to the match, with a last-minute effort that missed the Liverpool goal. Should we expect to see the Argentine start against Crystal Palace on Sunday?

MAN OF THE MATCH: Ollie Watkins

For me, it was a tough call between Lucas Digne and Ollie Watkins, but I think that the Englishman slightly edges it this time. The striker literally did everything, but score and on another day, he would have added to his goal tally — no doubt about it. Would love to see this version of Watkins for the rest of the season!