Whilst the technology was presented as a way of eliminating refereeing mistakes, its breakthrough season has only added to the scrutiny faced by league officials when making decisions.

On numerous occasions this season already, the VAR chiefs stationed at Stockley park have had to openly apologise after matches, for mistakes they have made when officiating games from in front of the screen.

Earlier this month, the Premier League confirmed that VAR had made an error in awarding Manchester United a penalty in their victory at Villa Park. A decision that altered the whole complexion of the game as the home side were much the dominant force up until that point. After conceding the penalty, a robbed Villa side were left understandably disheartened and without momentum; they went on to lose the match.

In the Crystal Palace game just days later, VAR altered the on-field decisions on two separate occasions – when ruling out a palace goal, and for rescinding a Villa penalty.

In this article, we look back at the other matches throughout the season where VAR has affected proceedings involving Aston Villa, and where the Villans would sit in the Premier League table without it.

In total, there have been seven separate occasions where VAR has intervened and modified the refereeing decision involving Dean Smith’s men. Five times, the technology has gone against Villa, two times working in our favour.

With the game poised in the balance after both teams had missed chances at either end, John McGinn tapped home a Hourihane cross in the 25th minute. Referee Anthony Taylor initially gave the goal after the linesman flagged no offside, however, when checked at Stockley Park, the on-field decisions was overturned and the game was leveled again.

Without VAR, Villa would have been a goal ahead midway through the first half. The full-time result was 2-2. 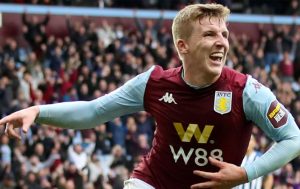 Despite witnessing almost identical occurrences happen since, and be not be given as fouls, when Wesley collided with seagulls shot stopper, Matt Ryan in the build up to a Hourihane goal, VAR saw the contact made by the Brazilian to be illegal. On this occasion once more, Villa were denied a goal.

Fortunately for the home side, marauding full-back Matt Targett netted the winner in stoppage time to secure three points for the Villa.

For the first time this season, a VAR call involving Villa was made away from B6.

On the road in Sheffield, Villa were primarily denied a penalty by referee David Coote after the ball struck blades defender John Egan’s hand. The decision was overturned however, and Villa were rightly awarded the penalty.

With the golden opportunity to half the deficit, Jack Grealish fired his spot kick against the crossbar meaning that Villa left Bramall Lane, pointless, and goalless.

Despite the positive performance up to this point on new year’s day, it looked like VAR was set to ruin the travelling Villa faithful’s afternoon again. 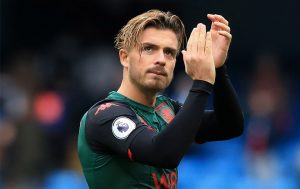 A decision that is still scrutinized in the press today, VAR disallowed a Jack Grealish goal for an offside in the build-up.

Even though Wesley didn’t affect the gameplay leading to Grealish’s goal, replays showed that the studs below the Brazilians heel were millimeters beyond the Burnley back line. Therefore, the goal was denied, and Villa had another chalked off.

Despite the setback, Grealish went on to play one of his games of the season as he scored a stunner and set up another. Villa won the game 2-1.

Where would we be without VAR?

Surprisingly, Villa would only be two points better off.

In terms of goal difference though, the introduction of the technology has been instrumental in the relegation fight!

Goal difference has been a prominent factor in the relegation scrap all season and without VAR, Villa would have three more goals accredited to them. Accompanying these direct goals, Villa were both awarded a spot kick through VAR (which they missed) and have had one overturned by VAR.

Overall, the opening season in the VAR Premier League reign has been largely problematic.

In my opinion, for most of what VAR officiates, (goals, Penalty decisions, direct red card incidents and mistaken identity), the sense of human error is simply not eradicated.

A computer system does not decide the outcome of the incident – a referee watching the game on a television screen is still responsible for making the final decision. Therefore, even with the replays and slow motion that is accessible to the VAR officials, they are still susceptible to human error, and making mistakes.

Nevertheless, this summer will bring adaptations to the VAR rules – these will certainly be welcomed Aston Villa, and the majority of the footballing community.

By: Ardan Beveridge
Title: VARcical – How Aston Villa have been affected by VAR this season
Sourced From: www.avillafan.com/32242/varcical-how-aston-villa-have-been-affected-by-var-this-season/?utm_source=rss&utm_medium=rss&utm_campaign=varcical-how-aston-villa-have-been-affected-by-var-this-season
Published Date: Fri, 24 Jul 2020 18:05:03 +0000