Following yesterdays results, Aston Villa’s relegation has all but been confirmed. Despite this we still need to finish the season as Dean Smith’s men will hope to get payback against Crystal Palace.

We all remember what happened at Selhurst Park. On the face of things, Palace probably deserved all three points through their domination but Villa scored a perfectly legitimate goal towards the later stages of the game. Jack Grealish was judged to have dived, which later replays showed that he should have had a penalty if the goal was to be disallowed. VAR did its usual thing by backing the referee and the rest his history.

I have nothing against Crystal Palace or how they do things. I think Roy Hodgson has done a fantastic job at Selhurst Park although I can see their frustrations as fans want to push to the next level. They seem to be in that position where they need to decide to take a gamble in order to push on but if it don’t work out they could find themselves in a similar to position that Villa found themselves in a few years back and we all know how that ended up.

Relegation confirmation looks like a matter of time for Villa now but there will still be some optimistic people who believe we can still escape the situation we find ourselves in. Villa manager, Smith believes we can, stating that he believes we could get three wins, from the next three. All I can say is, I wish I had some of whatever he has been drinking of late.

Smith said in his pre-match press conference: “We have to be better, but we created chances against two of the top teams. The lads showed great belief and character against Liverpool and Manchester United and if a decision went our way, it would’ve been close against United.”

“We know how important these last four games are for our season. We know that this is a run where we can be more competitive.”

Matt Targett is back in training after his very convenient injury against Wolves at Villa Park. The full-back also missed the game defeat against Manchester United also.

Pepe Reina should be available for selection despite a slight hamstring problem from the United game.

Smith made no secret that he believed his side have a better chance against Crystal Palace than they have done against previous opposition. I fully expect him to play a more attacking formation and we could even see him try two up top – again. 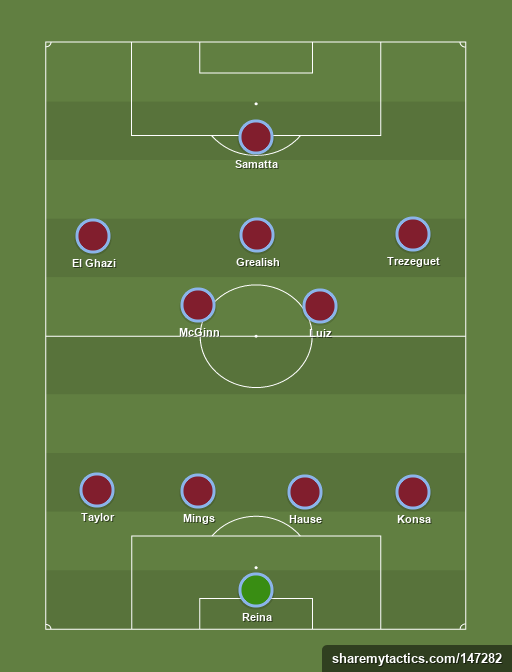 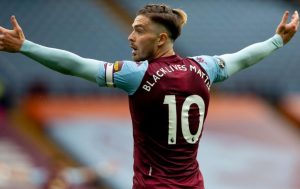 Jack Grealish has really struggled to make an impact post lock-down but I have a feeling today maybe his game. He won’t have forgotten what happened last time out against Palace and will want revenge.

Grealish’s days are probably numbered in a Villa shirt as he his destined for much better things but I am sure he will want to go out on a high.

My pick for Crystal Palace is former Villan, Jordan Ayew. I have been impressed with him under Roy Hodgson as he goes from strength to strength. The forward has a 121 points so far this season, second only to goalkeeper Vicente Guaita in the Palace team. At £5.1M he is a snip also.

Crystal Palace had a little glimpse at a possible European spot but that seems to have gone and I have seen plenty of comments from their fans on social media suggesting they are already on holiday also. Their efforts against Chelsea would suggest otherwise though as they lost 2-3.

As I have already touched upon, Smith appears to have geared his side up for this one since football resumed and it wouldn’t surprise me if we managed to get a win but I do believe it is too little, too late.