It is good business from Aston Villa to sell Scott Hogan to neighbours Birmingham City, according to Noel Whelan.

The 28-year-old joined Birmingham on loan in January scoring seven goals in 17 Championship games and has now made the move permanent.

The Republic of Ireland international did not play a single minute for Aston Villa last season after spending the first half of the campaign on loan at Stoke City.

Asked by Football Insider whether the move suits all parties, Whelan said: “Players like that are surplus to requirements and are not going to start forcing themselves into the first team.

“He seemed to have a good loan spell at Birmingham, he seemed to hit the ground running there.

“He was never really going to challenge in the Premier League there at Aston Villa. No disrespect to him, he’s a great goalscorer.

“He did go through a dip in form but he then found it again at Birmingham. Sometimes when you find that place you’re better off being there, working hard and being happy playing.” 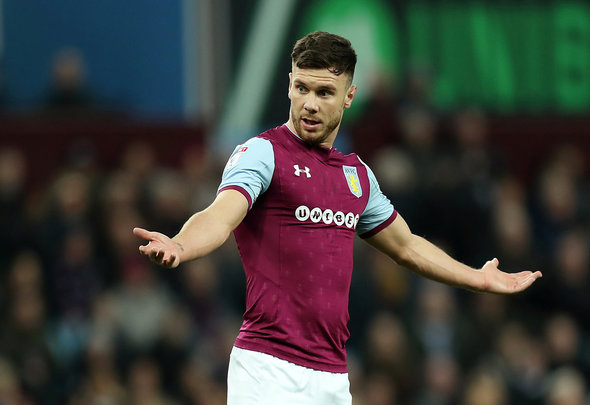 Hogan joined Aston Villa for a reported £9million fee from Brentford in January 2017 when Steve Bruce was manager and scored 10 goals in 61 games for the club across all competitions.

However, his last appearance in Claret and Blue came in January 2019 as he fell down the pecking order under Smith despite the pair working together at Brentford.