When the Premier League returns on the 17th June, football fans across the country can expect to see some rather unfamiliar lineups compared to the starting eleven they became accustomed to, pre-pandemic.

This is resultant of two reasons. Firstly, every player will come back with a different level of personal fitness, so therefore, some may be deemed unfit to start in the opening round of fixtures. Secondly, due to the accelerated fixture list, starting lineups will be changed almost after every game by managers as teams usually have just two or three-days rest before their next kickoff.

Despite this, the starting goalkeepers for 19 of the 20 Premier League clubs are all but certain. All except one club. All except Aston Villa. 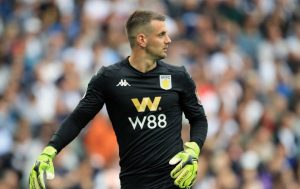 Villa has used four goalkeepers this season in the Premier League alone – more than any other club. The reason behind this has mainly been subject to injuries, Tom Heaton and Jed Steer both suffered, at the time, season-ending injuries.

Whilst Orjan Nyland has been used three times by Dean Smith this season, his performances in the league have been few and far between. A start in the home game against Manchester City in January, where he conceded six, and two substitute appearances against Wolves and Burnley, respectively.

World cup winner, Pepe Reina was drafted into the squad in January on a six-month loan deal, however, his first few months at the club have been nothing short of calamitous, thus meaning his initiation song is currently the pinnacle of his Villa career. Although, since arriving, he has been the first choice.

The battle between the sticks is evidently a two-horse race, but the question remains. Who will start in goal for Villa when the Premier League returns?

Dean Smith has shown faith in Reina since he arrived, even after some harrowing performances for which the Spaniard was majorly accountable for – Southampton away springs to mind. However, nothing compares to the comedy of errors that he displayed in Villa’s final game before the break, against Leicester, and should the scheduled game against Chelsea have gone ahead later that week, Villa could have looked at the proposition of a backline including the at-the-time deputy, Orjan Nyland.

Nonetheless, football was called off later that week, meaning we will never know if Nyland was in Smith’s plans to start between the sticks.

The pandemic may have given Reina a chance to guard his place for the remainder of the season though. The final ten games are now viewed as a ‘mini-season’ and this may be the perfect chance for the veteran to assert his experience and condemn his doubters.

For many players in the Premier League, this situation will be completely unrelatable to anything they could’ve imagined, playing club football through the summer sun of July.

Comparatively, for Reina, the six-weeks in which all remaining games will be completed mirrors the time period in which an international competition would be staged. The Spanish shot-stopper has won three major honours on the global stage, one World Cup and two European Championships, making him one of his countries most decorated international goalkeepers and his proven pedigree in this environment may help him maximise his talents and help Villa avoid the drop.

Where does this leave Nyland? 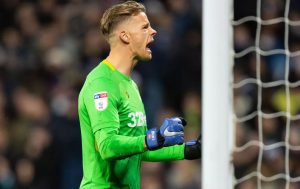 At 29 years of age, the Norwegian is approaching what most would consider a goalkeeper’s prime years and the last place he will want to spend them is as a second-choice goalkeeper.

With the return of Heaton and Steer from injury both expected later this year, the next few months are pivotal to Nyland’s career at Villa Park. Given the opportunity, he could establish himself as Smith’s first choice for at least the remaining games of the season and this would certainly assert him into the plans for the next season and beyond.

Alternatively, if he remains on the bench where he was before football was halted, he may begin to look elsewhere for regular, first-team football. A point only supported by the return of on-loan keeper Lovre Kalinić this summer.

When the time comes for Dean Smith to name his XI for the first game back against Sheffield United, we may be given a clearer indication as to who will overlook the daunting job protecting the goal for Villa. But until then, it’s a guessing game for us all…