Former Premier League referee Keith Hackett called for “a forensic examination” of the incident which denied Sheffield United all three points against Aston Villa on Wednesday.

The ex-FIFA official, speaking exclusively to Football Insider correspondent Kelham Hilton, insisted that the goal line technology error would have lead to calls for the match to be replayed if it had happened in another country.

Oliver Norwood’s deep in-swinging free-kick was carried into his own side-netting by Villa goalkeeper Orjan Nyland in the first half but the GDS failed to alert referee Mike Oliver.

VAR was in operation and could have overruled the on field decision but the Professional Game Match Officials Limited (PGMOL) have ruled against using VAR to review such incidents.

Hackett was deeply concerned about the current application of the VAR in the Premier League.

“I worry about the English version of how we are operating VAR,” he told Football Insider.

“I have expressed this in the past and I will continue to express it and that is that the referee must the sole arbiter and as a result must have the ability to view the pitch-side monitor.

“I think they are being discouraged to use it and that is backed up by the fact it has only been used twice to date.

“I think this needs a forensic examination of what went wrong.

“I’ve got to tell you in other countries this would expose the game to being replayed, because we’ve got a clear outcome to a game that is wrong.

“It’s two points lost by Sheffield United and one gained by Aston Villa. That could impact and is likely to impact on their seasons and other clubs.” 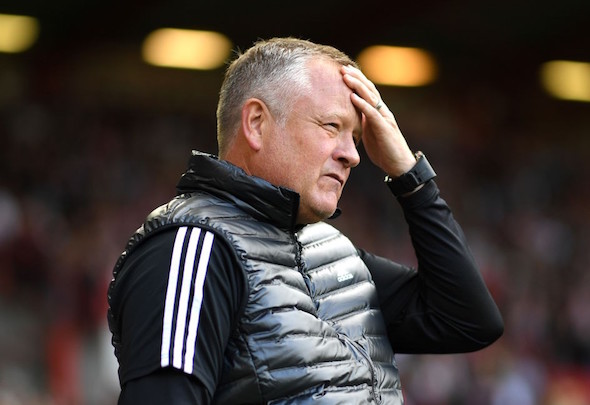 Villa remain in 19th but move one point closer to their relegation rivals and safety.

Sheffield United move up to sixth but all three points would have seen Chris Wilder’s side leapfrog Manchester United into fifth.