Alan Hutton has revealed that he’s heard Jack Grealish was a standout performer in the behind-closed-doors friendly between Aston Villa and West Brom.

The former Villa defender, speaking exclusively to Football Insider assistant editor Russell Edge, says he has been told there were a lot of positives for the Villans to take away as they prepare for a return to Premier League action.

The Daily Mail report that the Midlands rivals played out a 2-2 draw, with Keinan Davis and Grealish netting for Dean Smith’s men.

With Villa set to kick off the return of the Premier League with their clash against Sheffield United next week, Hutton has revealed that he is hearing positive things from the camp.

Hutton told Football Insider: “Everybody’s really good. They had a closed doors game the other day that went well so everybody got minutes.

“John McGinn got minutes, from what I’ve heard Jack Grealish seemingly played really well. There were a lot of positives and I think they play again in the next couple of days.

“They’re really ramping it up now, they’re back in full-time. I think everybody came in looking well so it’s looking good. People are desperate to get back to normal and playing games.

“It’s a massive game to start with, it’s huge, the pressure is going to be on but hopefully we can get through that and build confidence.” 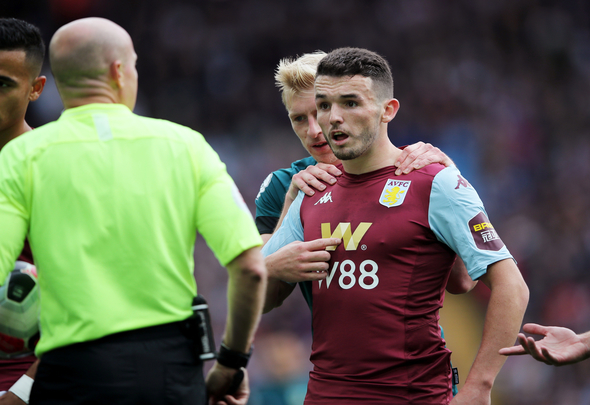 McGinn has been missing for the Villans since breaking his ankle back in December, with the Scottish midfielder on the brink of returning when the season was shut down.

Grealish meanwhile has been the club’s talisman this season, with nine goals and eight assists in 31 appearances.