Alan Hutton admits he has been left head over heels after Aston Villa announced the “unbelievable signing” of Ross Barkley.

The former Villa and Scotland defender, speaking exclusively to Football Insider assistant editor Russell Edge, believes his old side have made a real statement of intent by convincing the England international to make the move.

Villa confirmed on Wednesday morning that they had secured the capture of the 26-year-old from Chelsea on a season-long loan.

Barkley had played three times and scored for the Blues this season prior to his move to the Midlands.

Hutton believes the former Everton star is almost a risk-free signing for Dean Smith and suggests that he will help bring some composure to the midfield.

“I think it shows you the type of player they’re now going for. They’re not going for a player that’s a risk. He’s someone that has played at the highest level, he’s an England international.

“He will bring a calmness, an extra calmness if you like, to the midfield and he knows how to make a pass to split the defence.

“A real show of intent to show what Villa are going for.” 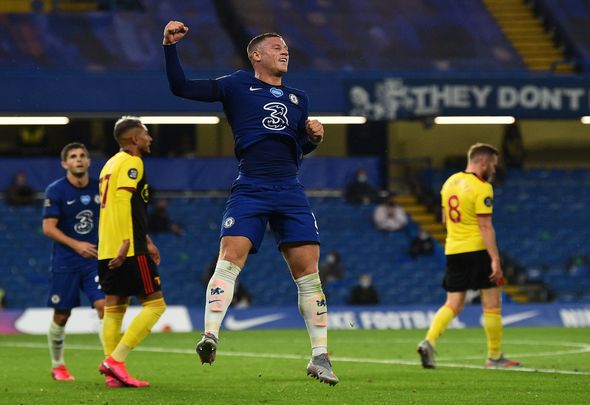 Barkley has 202 Premier League appearances, 25 goals and 30 appearances under his belt to date.

He played 31 times across all competitions for Chelsea last season as a foot injury limited his playing time between October and January.