Alan Hutton has tipped Frederic Guilbert to be sold by Aston Villa before October’s transfer deadline.

The former Villa and Scotland right-back, speaking exclusively to Football Insider assistant editor Russell Edge, believes the 25-year-old will be on the way after falling behind Matty Cash in the pecking order.

Guilbert was left completely out of the matchday squad against Sheffield United on Monday, while he was left as an unused substitute against Burton Albion in the League Cup. 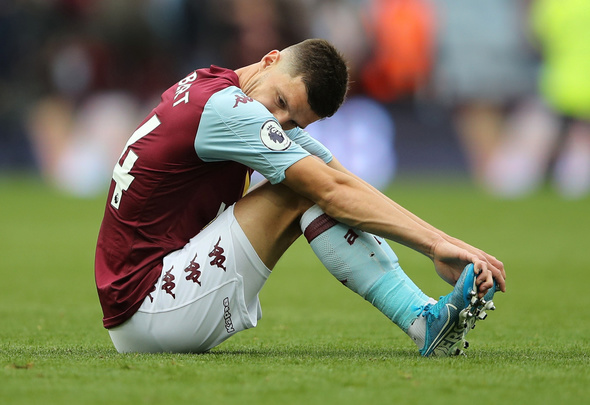 Fello right-back Ahmed Elmohamady started the League Cup tie and was on the bench for the Villans’ Premier League opener.

Hutton believes that the Egypt international would be the happier of the pair acting as backup to Cash and suggests that Guilbert will be sold in the coming weeks.

Asked if the Frenchman’s future was in doubt, Hutton told Football Insider: “It’s looking that way. Obviously, when they brought in Matty Cash, I expected one to leave.

“If you look at the three of them, Elmo’s probably the one most happy to play backup, he’s at an age where he’s maybe not able to play every single game and he’s got that quality if you need, you can rely on him to come in and out of the team.

“That’s obviously the option there for backup. Guilbert, I thought he did come in and do well, he was a bit rash at times, in my opinion, a bit eager to go forward where I think Villa need a solid back four to build on to then go forward.

“I think that is maybe where Cash is a better suit so, after what I saw on Monday, it looks like he probably will be on the move. He’s young himself and will want to play football. I think he’ll be the one of the three that will go.” 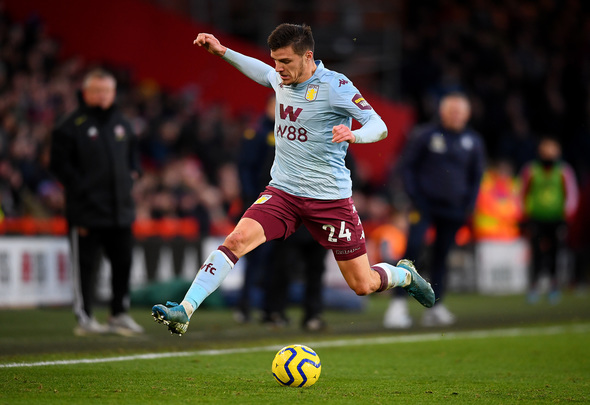 Guilbert has played 29 times for Villa since he signed SM Caen in January 2019, although he spent the second half of the 19/20 campaign on loan with the French side.

Cash started and played the full 90 minutes of Monday’s 1-0 win over Sheffield United.